I had an opportunity to pick up an Icom IC-728 transceiver over the holidays. I used to own the this model years ago before trading up for a Kenwood TS-2000. The 728 was a fun and simple to use radio and got me deeper into enjoying HF communications.

Initially, I offered to repair this radio for a fellow ham, but he decided to sell it to me at a great price instead (I guess his Icom 7600 meets his needs, haha!).

The 728 is a basic HF transceiver covering all HF bands/modes and general receive with up to 100 watts output. It utilizes a triple conversion receiver and selectable band pass filtering. This radio does not include a built-in antenna tuner and most of the functions are accessible on the front panel buttons to simplify the deep menu driven learning curve of modern gear. The IC-728 came to the market in 1992.

I met the local ham who said this radio was owned by a silent key and he obtained it in its current condition. Everything worked as it should except no TX/RX on 8MHz to 15 MHz. No receive or transmit on 20-30 meters. The ham suspected faulty BPF circuitry.

I brought the radio home and started to look it over. Examining the schematic, I noticed the filter board is embedded deep inside the rig. Suspecting a bad coil or relay; I removed the top and bottom covers and dug in. I checked the relays and voltages to each filter stage and everything was in spec. 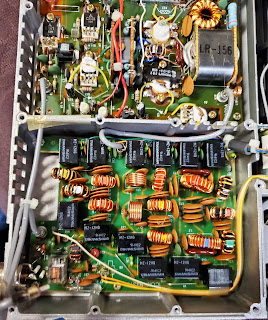 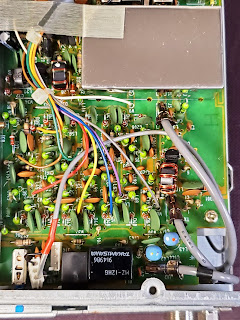 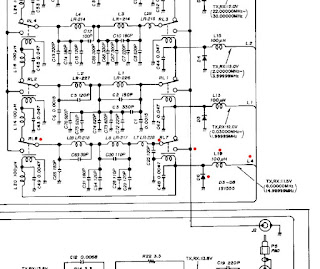 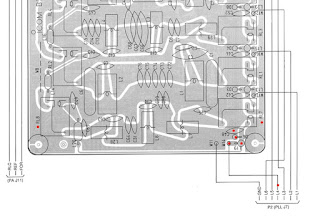 I worked my way backwards and checked the VCO section. Bingo! This radio splits the VCO into 4 sub circuits which activate their respective band pass and low pass filters. 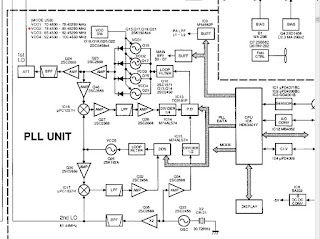 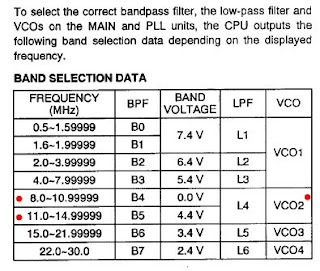 I checked the voltages on each VCO and found #2 out of spec at 4 volts. I adjusted trimmer cap C46 and brought it back to 7 volts. The radio started working again between 8 and 14 MHz.

Reading a bit on these rigs, I discovered that the trimmer caps are notorious for going bad or out of spec over time. The proper way to fix this issue is to replace the capacitors with new ceramic ones.

I ordered some caps from Digikey and replaced all four of them. Here are the part numbers and values in case you run into the same issue.